Is the web truly making us more global, or are we no better off than we were 20 years ago? I recently saw a great TED Talk which touched on this topic. The speaker mentions that we interact online with people who we have chosen to interact with, which tend to be people with similar interests or those who are similar to people we already know.

As a result, we get a distorted view of the web. We don’t realize how many thriving web communities exist in other countries, or the sheer number of non-English speaking web users. For instance, I recently read that the majority of adults in the U.S. believe that English is the most widely spoken language. In reality, English is the third most spoken language in the world: 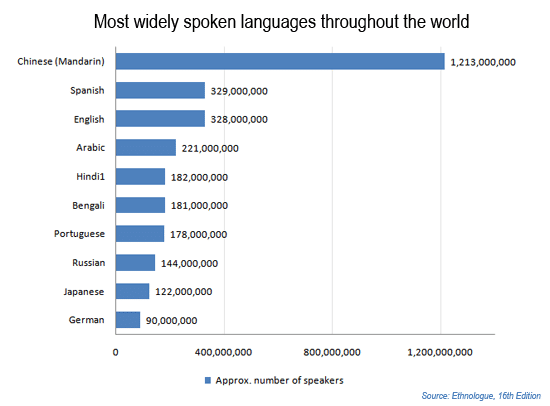 Want to hear another surprising fact? Only 26.8% of web users speak English. While it currently is the most popular language online, it only reaches slightly more than one quarter of all web users. 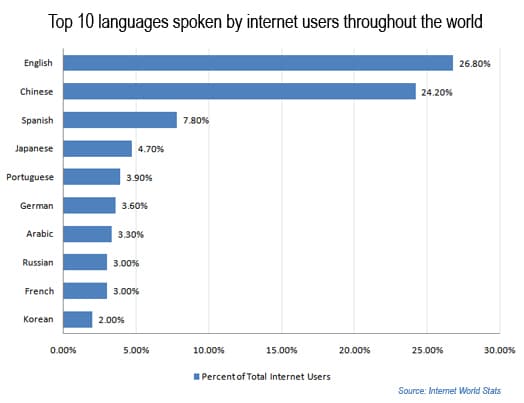 From a business perspective, I think we fail to understand the opportunity that the web provides. It opens businesses up to a global audience, but not many take advantage of it. Why? I think a lot of businesses make two false assumptions:

We’ve already covered the first point, but what about the second? A study from a few years back sheds some light on how much of a role language plays in the purchasing process. According to the study:

You might write that off as only applying to B2C companies. I don’t think that’s accurate. It doesn’t matter if your company reaches businesses or consumers, language plays a huge role in purchasing. Would your company buy from, or partner with another company if there’s a huge language barrier? Of course not. If you want to reach an international audience, but aren’t approaching them in their own language, you have little chance of succeeding.

If you would like to reach an international audience, and need to translate your web apps, let us know. We’ve recently developed a way to nearly automate web app translation. Just fill out this form to learn more or see a demo.

One thought on “Warning: These false assumptions can hurt your business”