As usual, the purpose of this newsletter is to highlight the newest features that will be added to the next m-Power release candidate (September 2017) as well as highlight a recent m-Power feature you may have missed.

On September 7th, 2017, a webinar was conducted to cover the topics listed in this newsletter. If you’d like to see a replay of this webinar, please review the video below:

Based on customer feedback, we have updated and enhanced m-Painter, our graphical HTML editor. m-Power developers will now be able to improve their customizing efficiency and overall usability! Notable changes found in m-Painter, include:

—Upgraded Editor — Newly restyled, modern look to m-Painter, including an improved text editor. For those who dabble in the source code, the editor now uses a dark theme to improve readability as well as automatic tag completion.
—Layout Wizard — This allows developers to have much better control with adding new elements to the page, as well as having pinpoint control of where they are located.
—Improved Browser Integration — Including hotkey support for common tasks such as saving, opening, and executing. Additionally, other common tasks such as Find and Replace are improved.
—QuickLists — Developers can now create drop down lists directly in m-Painter and use them in future applications. This is much nicer than having to create a table, a maintainer, and an option list template for quick lists.
—Keypairs — Have you ever stared at a report prompt’s record selection area and wished, “Gee, It would be nice to see the full description for that selection rather than just the code?” Even if you haven’t the keypair enhancement may still be for you! This feature lets you utilize our JSON retrieval template to return descriptions based on a given code.
—Ability to add Inputs – m-Painter now allows you to add inputs directly to your application. Helpful in Maintenance applications where you’ve deleted an existing input and need to easily add it back in. Also helpful in Retrievals if you want to replace Prompted search options and place them directly on the grid portion of your app.
—Button Support — Developers can now easily turn links into buttons, as well as add buttons directly to their built-in form.
—Textarea conversion — Developers can turn an input into a textarea, and vice-versa.
—Font Awesome Icons — Developers can now easily add Font Awesome icons directly to their applications within the WYWIWYG editor.
—Better Handling of Simultaneous Users — In the event that two users are editing an application in m-Painter concurrently, the developers will be warned.
—Table Creation — Developers can now create tables that are styled to have the same look as a traditional m-Power table (alternating light and dark columns).
—Save button — The save button, per popular demand, has been added to the File pulldown menu.
–Much, much more. 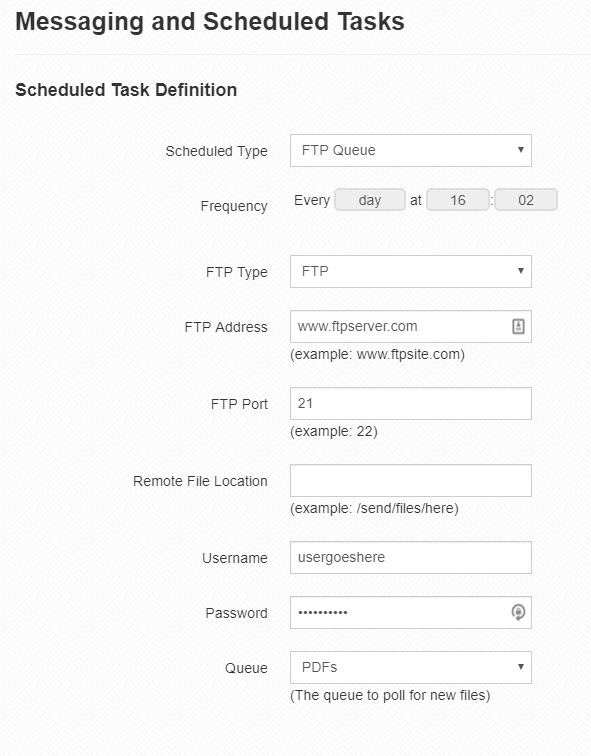 By customer request, we are excited to add an FTP process to the Messaging & Scheduled Task utility. This new feature can be configured to monitor a folder on your m-Power server and, at the frequency of your choosing, send these files to a remote server via FTP. This feature is a great addition when needing to work with 3rd party vendors that may offer only limited access to interface. Designed to work along side m-Power’s output to a queue, the purpose of this feature is to give developers a clean way to transmit generated files off of the m-Power sever, using a manner other than e-mail.
Click here to review the full documentation. 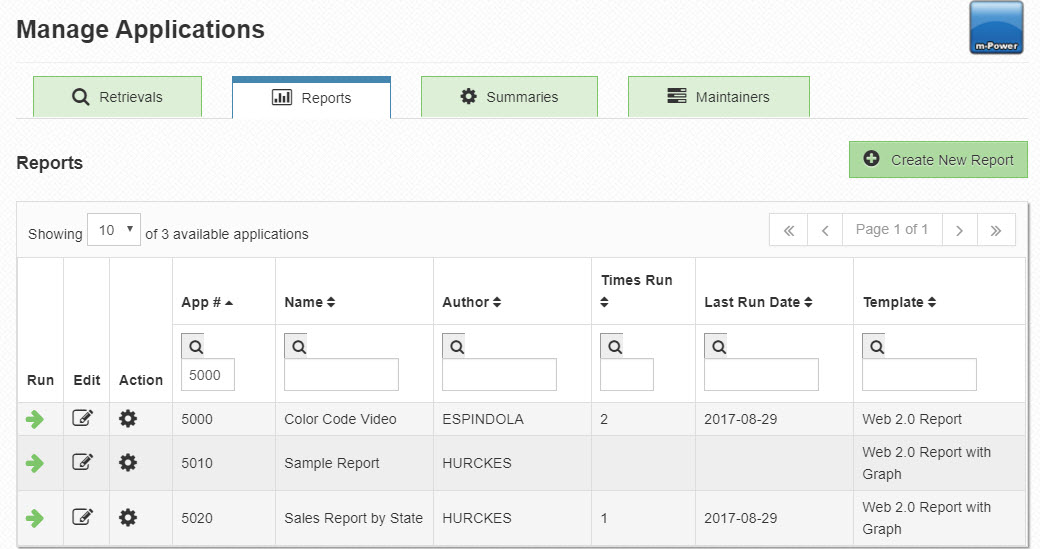 Several years ago, m-Power began showing the selected template on the Manage Application screens. However, a frequent request we received from customers was that they would love to be able to sort and search on that column. Starting with this update, you will be able to do just that.

Great Feature You May Have Missed

Implemented in 2014, we added a feature to m-Painter to allow developers the ability to conditionally color code either cells or rows. Based on logic determined by the developer, a CSS style or any other style element can be applied to your application. This feature is often used in reports, including Pivot Tables, to provide better visibility to important data. While sometimes overlooked, this feature really helps your user be able to visualize their data and draw their attention to data that may be outlying and requires action. Check out the video below to see how easy it is to implement within an application: