This newsletter highlights some of the noteworthy features that are included in our Winter 2022 release candidate for the m-Power Development Platform.

Here’s the list of enhancements included in this update. Click any one of them to skip to that section.

We are extremely excited to unveil our latest reporting option – the Report Designer Template. The Report Designer utilizes its own report UI editor, allowing developers to quickly customize reports (including prompts, table cell content, conditional color coding, smartlinks, dimension manipulation). Developers can even change report layouts on the fly (standard, drilldown, pivot, ranking, and chart are supported). The Report Designer’s goal is to fit the need where a report only needs a typical level of UI customization and in return deliver a streamlined experience for building reports.

Because the UI editor that comes with the report designer does not utilize HTML, developers using this template won’t need to go into m-Painter and won’t need to worry about overwriting HTML changes, since changes made in the editor are never overwritten!

From an end-user perspective, there is no learning curve since the report generator creates the same output with which they are already familiar. That also means that reports built with the report designer can be used like any other report (used in a dashboard, emailed through messaging and scheduled tasks, etc…).

More information about this feature can be found here: Report Designer.

When working with our support team on a submitted hotline issue, it is quite handy for mrc to have all the information about your system or data dictionary. However, since relevant information can be spread out over multiple locations, it is often laborious for our clients to obtain and share this info with us. To resolve this problem, we have created a system status feature. For those users who have authority, they can view a plethora of information about their system and can also download an encrypted file to send to support for analysis. Users who lack the necessary authority still have the ability to download and send the encrypted file, they just would not be able to read it.

More information about this feature can be found here: System Statuses Overview.

More information about this feature can be found here: Using a Maintainer to call Web Services API.

Based on customer feedback, we’ve added a new option in the Workflow component to allow users to set values on page load. Historically, developers could set a value on Submit but there are numerous use cases where it is beneficial to have a value be set on load.

When Data Explorer/Dashboards were created we utilized a built-in header that didn’t automatically match the look and feel of the current dictionary. For improved synergy across your applications, this has been enhanced to ensure all generated content in a dictionary is uniform.

New dashboards have a series of buttons to make additional user configurations, such as adding new squares and saving the layout. We have added a dashboard setting to allow all or some of these buttons to be removed from the dashboard at runtime so that end users cannot interact with them. 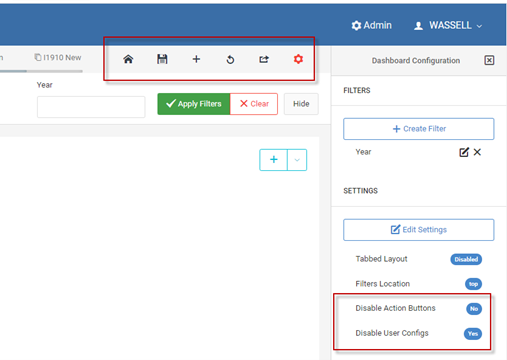 Traditionally, m-Power maintainers allowed you to upload physical files to your m-Power server. This is a handy way to get documents (like images, PDFs, etc…) from your user into the system. However, by default, these files are publicly accessible (if the URL is known). In the cases you wish these files to have restricted access, please consider learning more about the Secure File Uploads feature.

You can learn more about this feature here: Secure File Upload/Download.

In maintenance applications, developers have the option to conditionally show/hide inputs based on other values (think picking a Country of “USA” would automatically show a “State” dropdown list). This feature has been expanded to now also include the page’s action mode (add/update/delete/view). This means that you can now control what elements of the page are displayed or hidden based on how the user is trying to submit the record.

You can learn more about this feature here: Visibility based on action mode

While perhaps a minor enhancement, it solves a frustrating issue. Specifically, anytime you make a change to a security or menuing configuration, you no longer need to restart Tomcat to see the change go into effect. Instead, you can simply append “?init=1” to the end of your URL. This will force Tomcat to recognize your latest change without having to restart Tomcat.

You can learn about this feature here: Refreshing Header Menu and Security Settings.

Due to customer requests, we have enhanced the AJAX Return Data feature to now support dropdown lists as well. The idea behind this feature is the user is presented with a dropdown (as example, let’s say the dropdown is Customer name). As soon as the user selects the name, multiple pieces of information about this user are automatically populated in the inputs on this screen. If another user is selected, the applicable information will be updated. 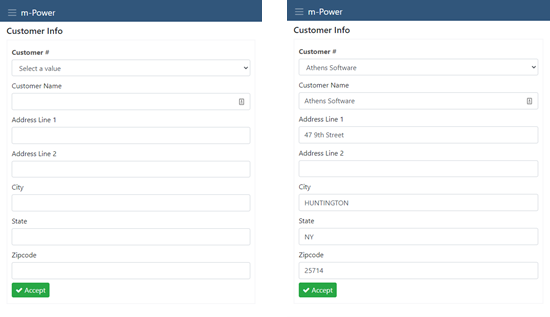 More information about this feature can be found here: AJAX Return Data.