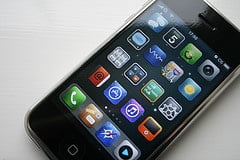 What do television, personal computers, the radio, electricity, and the internet have in common? A couple of things actually: First, each one represents a major technology shift. Second, each one was adopted at a slower pace than smartphones have been adopted in the U.S.

That’s right. According to these statistics, smartphone adoption is faster than any other major technology shift in the U.S.

Now you see what all the mobile app fuss is about.

Businesses aren’t just rushing towards the latest trend, they’re rushing to take advantage of the fastest growing technology shift in history. But, be careful. Mobile app development isn’t something you should approach blindly. Understand your options and the pros and cons of each approach before you begin, and you’ll avoid a heap of problems.

What kind of problems? Mobile app mistakes could leave you with expensive maintenance, security breaches, user adoption issues, and more. How can you avoid these problems? If your company is considering mobile apps, here are 7 big mistakes to avoid:

1. Building for just one platform

Why is building for just one platform such a bad idea? Let’s answer that question with another question: Which mobile platform will be most popular in 3 years? Nobody knows. Sure, Android and iOS are big right now, but you could say the same thing about Blackberry and RIM just 5 years ago.

The mobile platform landscape is anything but stable. Do you really want to pick one platform and hope it succeeds? Not only does that approach limit your current options, it limits your future options as well.

The best way around this problem: Build mobile web apps instead of native. One mobile web app reaches all platforms, both now and in the future. Of course, if you must build native apps, go the hybrid route. This lets you create one underlying mobile web app, and then add a native skin on top.

2. Building separate apps for each platform

But, so is building native apps for all of them.

If you wanted to build native applications for all platforms, you must build 8 apps (4 for smartphones and 4 for tablets). Since each platform requires a different programming language, you’ll likely need 4 different developers. I don’t need to tell you how expensive this is, especially considering that you must also account for ongoing maintenance of each app (which we’ll discuss next).

Obviously, every application you create must be maintained. If you build native apps for all smartphone and tablet platforms, you’re stuck maintaining 8 separate applications. Again, since each platform requires a different programming language, you’ll likely need multiple developers maintaining these apps.

The best way to avoid a maintenance nightmare? Build mobile web apps. Since one mobile web app works across all platforms, you’re only left with with one application to maintain. Also, mobile web apps aren’t affected by OS updates, which makes your life even easier.

This is one of the biggest mistakes you can make. Are you building mobile apps that don’t integrate with your back-end systems? You’ll regret it later.

How so? When you ignore integration, you’re creating more long-term work for your company. Employees are stuck duplicating data from one system to another. This wastes time and leads to data errors. It also means that your mobile apps do not deliver real-time data…which sort of defeats the purpose of a mobile app.

After all, if you can access data from anywhere on a smartphone, but the data isn’t up-to-date, why bother?

One of a smartphone’s greatest strengths is portability. That’s also its greatest weakness. Because smartphones are so small and portable, they’re also easy to lose.

What happens if a lost smartphone contains sensitive business data? At worst, it could put your company at risk. What’s your backup plan? If you build native apps, you’ll need to encrypt all sensitive data and create a way to remotely wipe a lost/stolen phone.

If you build mobile web apps, the process is simpler. Since your data is stored securely on your servers–not on the device itself–you’ll just need to replace the phone.

As with any new trend, some companies sit back and wait until they’re positive the trend is here to stay. Is mobile here to stay? As I mentioned above, mobile is the fastest growing trend ever. In just a few short years, smartphone use has exploded. Companies that sit back and wait will find themselves playing from behind.

Smartphone usage is exploding, and businesses are rushing to take advantage of mobile apps. Be careful. Don’t rush into mobile apps without first knowing your options and the pros and cons of each approach. If you don’t do your homework before you begin, you might find yourself making one (or more) of the mistakes listed above.

Does your company need help developing mobile apps? If so, you should check m-Power. It’s a web application development platform that takes a unique approach mobile app development. Every application it creates automatically looks like a native app on all smartphones and tablets. If you’d like to see it for yourself, you can sign up for a free trial right here.