One thing I do know: Whatever the future holds, we’re ready for it.

How am I so sure?

It all boils down to architecture. We’ve built our application architecture in such a way that it adapts to future changes. Today, I’m going to explain a couple of real-life ways this focus on architecture has helped our company adapt to changing tech trends.

Since m-Power’s inception, we’ve reworked the interface two times. The first time, we moved away from a text-based interface and towards a graphical interface. The second time (last year), we re-worked the interface to function on touch-based devices and automatically adapt to various screen sizes.

If you take a look at the screenshots below, you’ll see that each version looks like 3 different products. Here’s the great part: It’s only one!

That’s the power of application architecture: It lets businesses adapt to changing technology without completely rewriting everything. This focus on architecture saved us months of additional work and let us adapt our software to mobile devices with minimal effort. 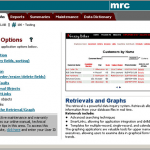 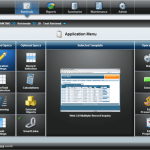 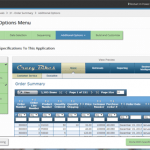 2. Crazybikes moves to the cloud

A while back, we created a demo site–crazybikes.com–to show off some of the things users can build with m-Power. We initially hosted that site in-house. However, after some service provider mistakes led to internet outages twice in one year, we decided to move crazybikes to the cloud.

So we did. Twice. We moved crazybikes from our in-house server, to a cloud host, and then to another cloud host. Every move was simple. The process took one of our consultants a few hours each time.

I won’t get into the details of why we switched providers, but the important thing is…we could. Many companies don’t even have that option. Our application architecture not only gave us freedom to move, it made it simple. We can move our applications anywhere, without worrying about compatibility issues or making any changes to the applications themselves. That’s the power of well-planned architecture.

I tell both of these stories because they demonstrate just a couple of reasons why we care so much about architecture. Without it, I shudder to think of where this company would be today. Application architecture gives us freedom, and lets us adapt to changing technology without missing a beat. It prepares us for the future…whatever that may be.

So, how do you build flexible web applications that easily adapt to future changes? You could bring in an application architect, a security expert, a web developer, and a web designer with experience building responsive applications. Sure, it’s expensive, but creating secure, cloud-ready, future-proof applications that work across mobile devices isn’t an easy task.

Unless, of course, you use m-Power. m-Power lets you create secure, future-proof, cloud-ready, web (and mobile web) applications using a simple point-and-click interface. m-Power lets you create applications that prepare your company for the future…whatever that may be. If you’d like to try it for yourself, sign up for the free m-Power Trial right here.