Summary: As businesses generate more data than ever before, we’re seeing widespread Business Intelligence adoption. But, some businesses unknowingly derail their BI investment with a few bad habits. These habits keep companies from capitalizing on BI–and getting the most out of their data. Does your company practice any of these habits? 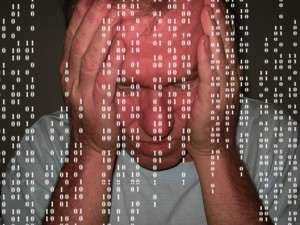 The problem: Some businesses aren’t seeing the expected, bottom-line results from their BI investments.

Let’s assume a business did everything correctly. They asked the right questions. They completed the initial steps. They’ve implemented a great BI tool.

Even after all of that, bad BI habits can still derail the entire project. These habits keep businesses from truly capitalizing on BI–and getting the most out of their data. Today, let’s explore 6 of these bad BI habits that businesses need to break:

In general, we love to agree with people who agree with us. We tend to believe stories and ideas that align with our views, and distrust those that do not. Psychologists refer to this as ‘confirmation bias.’ It happens when we proactively seek data that confirms our existing beliefs.

This happens everywhere…even with BI.

Many business leaders fall into the ‘confirmation bias’ habit when approaching BI. They use BI backwards. They make a decision, and seek out data that justifies their viewpoint.

The problem is, you can always find data that justifies any opinion if you look hard enough. These types of mistakes negate the entire purpose of BI…and lead to poor business decisions. 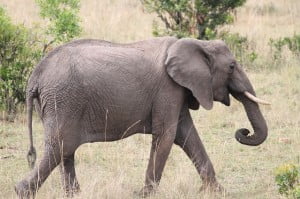 While each one was right about one part, they were wrong about the whole.

This is an all-too-common habit with BI. Businesses draw conclusions based on single pieces of data, rather than looking at the big picture.

“I think many businesses read too much into their numbers and forget that, for the most part, they are just meant to give you an idea of how your business is performing in various areas,” says Patrick Cullen, Founder & CEO of Panda Bear Linens. “To elaborate, they are essentially taking their business intelligence metrics and seeing them as set values. Instead, they should be looking at is as only part of the picture. In other words, it needs to be looked at and thought about as part of a sum.

Getting too caught up in this metric and that metric could mean that you’re making some poor decisions for your business. Instead, think about how each piece of information relates to another. Paint a picture. Then start making changes by taking a small step.”

3. Overreacting to small changes in data

Going one step further, what happens when businesses read into single data points? They overreact. They make broad, sweeping changes that should never have been made.

What should they do instead? As explained below, businesses should start small. After taking a step back and analyzing the big picture, they must start with minor changes.

“Many businesses see various metrics and start making drastic changes to their business model,” says Cullen. “This has the potential to really backfire. Instead, a business should make minor changes, at first. Then if positive results are seen, they can start to implement some bigger changes, until the end result is achieved.

There will always be some amount of risk involved in making changes to your business. This trick is taking many small steps that lead to the desired goal. This way, if there’s ever a point where something isn’t working out, it’s a lot easier to recover from, and in turn, revise the plan.” 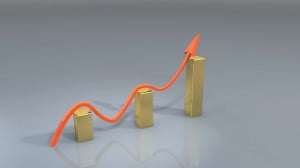 Measuring data is good, so measuring more data is better…right? No. In fact, the opposite is true. The more data you measure, the less value you gain from your efforts.

Unfortunately, many businesses are guilty of this bad habit. They measure too much data–rendering their BI efforts ineffective.

How do you separate the important metrics from the rest? How do you determine which data is “actionable?” Before measuring any metric, ask yourself two questions:
– Will this metric drive change?
– Are we prepared to respond to this data?

If a specific piece of data will not drive change, or you’re not prepared to act on it, it’s not worth measuring.

5. Not sharing data across departments

Many departments still operate in silos. They don’t communicate well with other other departments, and don’t collaborate outside of their own department.

As explained below, businesses must break this habit to maximize their BI investment.

“Surprisingly, the most common but fundamental mistake businesses make while dealing with BI is not related with BI tools or techniques,” says Dr. Vasudeva Akula, a seasoned customer analytics professional and CEO at VOZIQ. “It is about being very clear about the end-goal and how the intelligence is shared within the organization. In our experience, various departments (most importantly, CMO and CIO) not working together is perhaps the biggest mistake businesses make. Unlike the traditional way of doing business, data is an asset which permeates departmental style of working. A failure to recognise this fact leads to –
– poor planning which leads to KPIs which are misaligned with business objectives
– poor participation of all key stakeholders
– inefficient operationalisation of the insights thereby preventing appropriate actions by right teams

To prevent this siloed style of working, businesses need to set up processes which facilitate close working of cross-functional teams.”

6. Over-reliance on the IT department

In the past, the IT department handled data. Reporting was an IT job. When business users needed reports, they went through IT.

Despite the growth of user-friendly tools, many business still stick to this outdated habit. End users still rely on the IT department–often waiting days for a single report.

The problem: This hurts all involved. It forces end users to wait around for their data, and adds another task to already-overworked IT departments. Instead, give end users the appropriate tools to create their own reports and BI apps.