Summary: With the move towards a remote work environment, web application development became increasingly important. Will this demand for web apps slow down in the coming year? What can we expect for 2021? How will web application development evolve and what areas should you focus on? In this article, we’ll take a look at some of the biggest web app dev trends to monitor in the coming year.

Over the last year, the demand for web application development has surged. As businesses suddenly switched to a remote work environment, the need for digital solutions shot to the top of their priority lists.

For instance, over the last year we’ve seen more and more organizations:

These are just a few examples of what we’ve seen in 2020, but the list could certainly go on.

The big questions: Will this demand for web apps slow down in the coming year? What can we expect for 2021? How will web application development evolve and what areas should you focus on? In this article, we’ll take a look at some of the biggest web app dev trends to monitor in the coming year.

In the past, most web applications were developed as multi-page applications. When a user clicked a link or navigated to a different section of the web app, it loaded a new page.

The advantage: Speed. Since single page applications don’t need to reload, everything is instantaneous. When a user clicks a link or tries to navigate to a new section, there’s no lag time.

Why is this so important? Numerous studies find that web page load speeds directly impact conversion rates, revenue, and the overall user experience. Considering the advantages, it’s no wonder that single page applications are becoming so popular.

“Speed is everything in the digital business world nowadays,” says Anastasia Diachenko, CEO at Cadabra Studio. “Users don’t want to spend extra seconds downloading another page from the server. In addition to better page performance, SPAs provide better data security and often less development cost. So many businesses, if their niche allows it, prefer building SPAs to regular multi-page apps.”

Over the last few years, adoption of low-code and no-code tools has steadily risen. The pandemic only drove usage up even higher. Businesses turned to low-code/no-code tools to quickly create the solutions necessary to remain competitive.

For those unfamiliar with these terms, here’s a quick definition: Low-code tools are software platforms that speed up application development and let business users create their own solutions with a minimum of hand-coding. No-code tools are similar but require no coding at all.

In short, these tools help in a couple of ways:
– They let IT departments create solutions faster.
– They give end-users the tools they need to build their own applications.

Do you think this trend will disappear when the pandemic is over? I don’t. After all, once business leaders realize how much faster they operate with low-code platforms they aren’t going to stop.

“Among the major trends that will be driving app development in the future are low-code / no-code tools and the rise of the so-called ‘Citizen Developer’,” says Jason Beres, Head of UX Tools and Senior VP at Infragistics. “With IT organizations and development teams already facing overloaded backlogs, these tools and everyday ‘developers’ will continue taking on aspects of application development, specifically for apps that don’t require heavy architecture or aren’t deemed mission-critical.”

Proposed by Google back in 2015, Progressive Web Apps (PWAs) have grown in popularity. As defined by Google, “Progressive Web Applications take advantage of new technologies to bring the best of mobile sites and native applications to users. They’re reliable, fast, and engaging.”
Essentially, progressive web apps (or PWAs) are web applications and/or websites that feel like native mobile apps. They take advantage of the host of features on web browsers but deliver an app-like user experience. They work offline, provide near-instant loading, and have the ability to send push notifications.

Why is this trend so important?

Since mobile apps first rolled around, businesses have faced a difficult choice: Develop native apps or mobile web apps? Native apps provide the best experience, but are expensive to build and difficult to maintain. They also require a separate app for every operating system. Mobile web apps work across all platforms and are easier to build, but can’t match the native experience.

PWAs offer a viable alternative to native app development. They offer the development benefits of the web combined with the user experience benefits of native. Going forward, they’re poised to change how businesses develop cross-platform applications.

“While the concept of a progressive web application is not new, its adoption is growing in response to changes in the marketplace,” says Doug Perez, Professor of Data Science at University of Advancing Technology. “A PWA gives the user a rich, modern interface while offering the advantages of fast loading and offline operation. These features position the PWA favorably against the native app experience, particularly on smartphones.”

“As regulations and practices around hosting and platforming continue to evolve, companies may find that choosing to develop a PWA helps them to better target their development resources at a solution rather than satisfying the requirements of a particular platform. By developing an application as a PWA, the need to maintain platform-specific versions of the app is eliminated. Further, app distribution platforms have requirements their customers must adhere to and adapt with as the requirements change. A PWA gives the developer autonomy in distributing an application, while also avoiding any fees associated with listing. As the demand for web applications increases, choosing the PWA path saves time in both the short and long terms, giving the company greater freedom at making updates or releasing new products.”

An application programming interface (API) is a software intermediary that allows different applications to communicate with each other. It defines the kinds of calls or requests that can be made, how to make them, the data formats that should be used, etc… Essentially, they let different software applications pass data back and forth.

As web application adoption increases, so does the need for communication between various web apps and services. After all, nobody wants a bunch of different web apps that operate in a silo. That’s where APIs come in.

Now, APIs are nothing new. But, their importance to the overall development process is increasing. In the past, developers tended to focus on the product first while the API was an afterthought. These days, we’re seeing more application development put APIs front and center as companies place an emphasis on interconnectivity.

“Many platforms are trending to include their own APIs, to let other companies plug and play into their platform, and vice versa,” says David Pawlan, Strategist at Aloa. “The world is further moving towards a collaborative environment – open APIs help with that.” 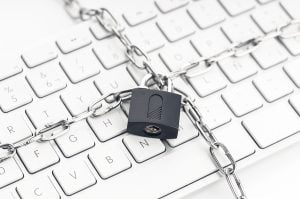 Cyberattacks are increasing, and the problem is only growing worse.

This is an ongoing problem. It’s been widely discussed for years. Yet, web application developers continue to roll out web apps with vulnerabilities. Why does this happen? In my experience, it boils down to a few issues:

No incentives for security: Peter Drucker is famously quoted as saying, “What is measured improves.” The problem for many developers: Security isn’t measured or rewarded.

Short deadlines: Let’s take the last point one step further. How are developers measured? Are they being rewarded for building a secure application, or is the emphasis on speed and quality? In most cases, it’s the latter. Developers are stuck with short deadlines…which often comes at the expense of proper security practices.

It’s hard to keep up: Cybersecurity is constantly evolving. The modern developer already has a lot on their plate. They must do their job, keep up with the latest dev trends, and keep tabs on security protocols. With all they have to do, it’s hard for the average developer to keep up with security threats. As explained below, this fact is driving the growth of crowdsourced security.

That’s where crowdsourced security comes into play. Crowdsourced security uses a group of people to test sites for vulnerabilities to known threats. One way that developers utilize this is by enlisting the help of ethical hackers. Ethical hackers can take part in bug bounty programs that incentivize them to run tests on assets and identify potential security lapses.

Since crowdsourcing allows companies to run hundreds of tests at once, it’s an effective way to sniff out potential security threats. It can help developers get a leg up on hackers and identify threats before they turn into bigger issues. Crowdsourced security has been on the rise in recent years, with many experts predicting it’s about to explode in terms of popularity. Estimates show that the crowdsourced security industry will grow to $135 million by 2024.”

The web is an integral part of daily life. From work to school to government and everything in between, the web has forever changed how we operate.

But, many websites and web applications aren’t accessible to the entire population. They’re not built to meet web accessibility standards. What does that mean?

According to the CDC, roughly 26% of the population lives with a disability. Many of these disabilities limit the individual’s ability to access or interact with websites. That’s why web accessibility standards were created. They show web developers how to create web apps and websites that can be accessed by those with disabilities. In other words, they help remove the accessibility barriers to print, audio, and visual media. While these standards have existed for years now, you can expect more and more emphasis to be placed on web accessibility standards in the coming years.

“The implementation of digital accessibility is next and the fastest change in website and web application development,” says Chris Johansen, Sales and Marketing Director at Anttix, Inc. “With the implementation of digital accessibility all websites and web applications are providing an equal and equitable experience to those with disabilities which encompasses about 20% of the US population.

What are the accessibility standards? You can read more about them here: https://www.w3.org/WAI/standards-guidelines/wcag/. 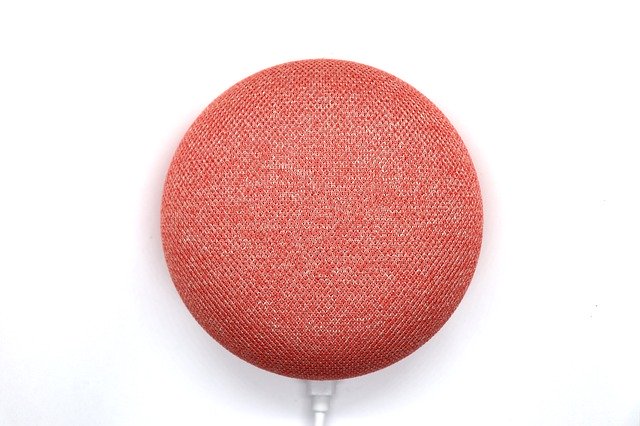 Did you know that smart speaker adoption is growing faster than any technology since the smartphone? The importance of this fact goes far beyond the speaker itself.

Voice interactions are the next big thing, and smart speakers are just the beginning. We’re already seeing voice-based interfaces make their way into other areas.

What does this mean for web application development? It’s more significant since the release of the Web Speech API. Essentially, it lets developers incorporate voice data into web applications. Google has a nice demonstration up and running if you want to check it out.

That being said, the Web Speech API isn’t yet an official web standard and isn’t supported by every browser as of now. I only mention this because it’s a trend to watch in the near future. It holds enormous potential and will grow rapidly over the next few years.

“The biggest trend which will affect businesses and web application development in the coming year is that of voice interaction,” says Teri Shern – Cofounder of Conex Boxes. “Things like voice searches and voice assistants are becoming more and more popular. Businesses are going to incorporate this technology into various aspects of their web applications to keep up with demand and expectations throughout the year. In addition, the rise of IoT technology is going to advance voice technology too, so if businesses get their foot in the door sooner, they’ll be more equipped to advance as this technology does.”

These are just 7 enterprise application development trends, but the list could certainly be longer. If you would like to add anything to this list, I’d love to hear it. Feel free to share in the comments.