Now that we have the definition out of the way, let’s focus on the real reason for this article: Trends. What web application development trends can we expect to see this year? Bear in mind that I’m not just focusing on new trends. I’m looking at the trends that will most impact development, both new and existing. Sound good? Here are the biggest web app development trends to watch in 2022.

One of the biggest challenges facing development teams: Time, or lack thereof. Customers and stakeholders want web apps delivered right away (often with more features than they had originally asked for).

Of course, the need for development speed is nothing new. Ask any developer and they’ll tell you this issue has existed forever. So…why do I view dev speed as a big trend this year?

A couple of reasons: First, the pandemic created a ripple effect throughout the development (and business) world. It forced web-based solutions on many companies. Any organization that wasn’t prepared for a remote-work environment needed web applications, and they needed them fast. We’re still seeing residual effects of this, as organizations adapt to a hybrid work environment.

Second, business agility is more important than ever. How quickly can your organization adapt to changes? How quickly can you create the solutions you need when push comes to shove (as it did when the pandemic hit). We’re seeing the business world place more and more emphasis on speed, which directly trickles down to development.

2. A bigger shift to development tools

Taking the last point one step further, we’re seeing a rise in development tool adoption. According to these statistics, the low-code software market will quadruple from 2020 to 2025.

What’s driving this growth? I see it driven by a couple of big factors.

First, we’re in the middle of a massive talent gap. According to this article, the talent shortage is at its highest levels since 2008. It’s difficult to find good developers right now as they’re in such high demand.

Second, there’s the need for speed. We live in an “instant” world. The modern business runs on the web. Users demand solutions quickly. They won’t wait months for new solutions, as they did in the past.

Low-code platforms address this issue by reducing development time and giving self-service development options to end users. As a result, low-code tools can be used across the business in a variety of ways. As explained below, this is one of the biggest advantages of these tools.

“No-code and low-code is not just a development model, but a technology that affects multiple aspects of a business, from staffing to goal-setting to product delivery,” says Aaron Glazer, CEO of Taplytics. “It’s going to continue to be a game-changer for business applications.”

Gartner (the research firm) has been touting the idea of “Composable Enterprises.” They define it as “an organization made from interchangeable building blocks.” It helps organizations deliver innovation and adapt to change faster.

A key part of this ‘composable enterprise’ is the idea of ‘composable applications’. Now, it’s nothing new–just a new term applied to an old concept. It refers to business applications that are made of reusable, modular components. It calls for application ‘building blocks’ which can be reused across other applications.

Again…not a new concept. But, its importance was amplified with the pandemic and the shift to remote work. Many were left scrambling to create web applications from scratch. Those who take a modular approach had a much easier time adapting.

The advantages of this approach should be obvious. It leads to:

Faster Development: When you’re creating reusable building blocks and then using those blocks to assemble applications, your development speed increases.

Improved Agility: This approach helps your business adapt to change at lightning speed. Rather than build applications from the ground up, you can build the core and add other premade building blocks. In a time of rapid change (like now), I cannot overstate how important this is.

If you’d like to see this in action, here’s a quick video that walks you through the process of creating composable applications:

Web accessibility is becoming increasingly important to both web developers and designers. Why is it so important? Here are some stats (taken from this article) that might surprise you:

What does this mean? Those who ignore web accessibility guidelines are both alienating a portion of the population and putting their business at risk for accessibility lawsuits.

“With growing recognition that accessibility is part of a standards-based approach that most development teams struggle with, the effort is underway to close this industry gap,” says Lee Dale, CEO of Say Yeah!. 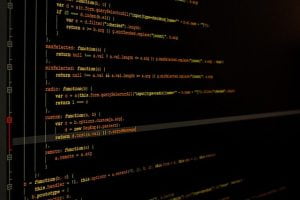 We’re seeing a shift in development focus over the past couple of years. In the past, developers tended to focus on the software first while APIs came second. These days, more developers put APIs first as companies place an emphasis on interconnectivity.

For those unfamiliar with the term, an application programming interface (API) is a software intermediary that allows different applications to communicate with each other. It defines the kinds of calls or requests that can be made, how to make them, the data formats that should be used, etc… Essentially, they let different software applications pass data back and forth.

Why is this so important now? I see the rise of APIs driven largely by a couple of important factors:

2. The growth of SaaS: Software as a Service (SaaS) adoption has grown enormously over the past decade. Businesses adopt SaaS solutions to address different needs across their organization. For instance, you might have a SaaS tool for your CRM, one for eCommerce, another for your helpdesk, and so on. The problem is, these pieces of software stand on their own. By default, they don’t communicate with your other pieces of software. That’s where APIs come into play. Most SaaS offerings include an API which makes it possible to pass data between each one. Essentially, they help tie everything together.

“API first, as the name implies, is a strategy that treats APIs as first-class citizens,” says Sara Johansson, Customer Success Manager at Onsiter. “API stands for application programming interface, which is a piece of code that enables two software applications to communicate with one another. Developers can use this interconnectivity to effect different goods into their applications to improve their functionality and performance. APIs enable new IoT devices, software tools, and web interfaces to communicate with each other and provide users with a seamless digital experience.”

I hesitate to add cybersecurity to this list, as it could be listed every year. It’s an ongoing trend. Cyberattacks are increasing, and the problem is only growing worse.

But, I add security here for a simple reason: According to this research, 68% of web applications contained a flaw listed in the OWASP Top 10–a list of the most important web application security risks. These vulnerabilities are widely known and fixable.

Yet, over two-thirds of web applications still have these issues.

Why do developers struggle so much with security, despite its importance? In my experience, it boils down to a few issues:

I also hesitate to add this point to the list, as we’re in the beginning stages of web 3.0. Will it have a big impact on development this year? For some, it will. For most, probably not. But, I include it because it has the potential to impact web application development in a big way. At the very least, web app developers should work to understand what technologies are included in web 3.0 and how they work.

What is it? Web 3.0 is all about a move away from middlemen. It’s about creating a decentralized web that moves control over to the user. The important part: It’s all driven by the blockchain.

Now, I’m not trying to give you a full explanation of Web 3.0, blockchain, crypto, or anything like that. I’m just saying that change is coming. Some say this is the biggest technological shift since the internet. Regardless of your business or industry, it’s something that you should understand. Here’s a Here’s a nice article that goes into far more detail if you’d like to learn more.

“We’re at a pivotal place where Web 3.0 promises to give the web back to the people and out of the hands of the large companies in charge of the cloud today,” says Jonathan Girroir, Senior Technical Marketing Manager at Tech Soft 3D. “This movement is really in its infancy, and we will see it develop far beyond 2022. Through this, we will have better equity for individual creators with their ability to monetize content on the blockchain, more targeted and gated marketing, and the development and adoption of new technologies and workflows. It really will be a paradigm shift in the way we experience and interact with the digital world.”

These are just 7 enterprise application development trends, but the list could certainly be longer. If you would like to add anything to this list, I’d love to hear it. Feel free to share in the comments.