Summary: As businesses rely more on data and technology, the barrier between IT departments and the business must come down. If businesses are to succeed in a data driven world, IT must better align itself with the business, and eliminate some common practices that frustrate end users.

There’s long been a barrier between IT departments and end users. For whatever reason, IT and the business often don’t see eye-to-eye and don’t operate as a cohesive unit. 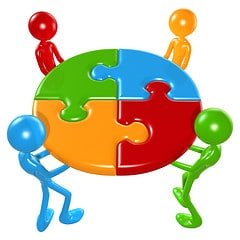 More than ever, this must change. As data and technology plays a larger role in the business, this barrier must come down if companies hope to succeed in a data-driven world. The business and the IT department must be on the same page if they hope to get the most out of their data.

The problem is, both sides still unknowingly do things that frustrate the other. End users make security mistakes that make IT want to scream. IT departments sometimes come across as roadblocks to the business. Unless the issues are resolved, the business and the IT department will never align.

What are these issues? While we’ll cover the other side in a future article, today let’s focus on one side of the coin: Common IT practices that drive users crazy. In what ways does IT unknowingly frustrate their end users? We’ve compiled a list of some the most common practices, and explained each one below. End users become frustrated when IT departments:

Have you ever spoken with someone who obviously knew more about a subject than you…and talked down to you as a result? Does it make you want to speak with that person again? No! This is a common issue among IT departments, as end users often feel like the IT department talks down to them because they don’t understand technology.

“The worst offense is in speaking in IT language, and assuming that because you are not in the IT department you must be stupid,” says Becky A. Cole, Chief Capacity Builder at Connecting Resources Together. “I once worked for IBM on a software rollout they were doing for American Express. The installation instructions I had were made up of 26 pages of flowcharts. That worked for the programmers and the developers, but those weren’t the people in the field putting the software on the computers in Amex offices. One of the programmers got upset with me when I wanted to take ‘gui’ out of the information and replace it with ‘screen’.”

“Users are inundated with password requirements,” says Adam Hartung, a former CIO and current CEO of Spark Partners. “Trying to remember them all is incredibly difficult. First IT says you need them all to be different, and wants them cryptic and wants them changed monthly. Then IT tells you not to put them into your address book, or into a list file, or write them down. How are users to keep track? And worse, nobody thinks that all this password effort makes any difference. When sites are being hacked every week they know the problem is more than passwords and security isn’t reliant on them.”

Now, does this mean you should allow weak passwords, or never require password changes? No! But, overzealous password policies will not only frustrate users–they can actually cause more harm than good.

Let me explain: What happens when users must constantly create new, confusing passwords? They forget their passwords! A lot. This causes two problems. First, some users regularly contact IT for new passwords, wasting both the user’s time and the IT department’s time. Second, other users just write their passwords down on a piece of paper and keep that paper out in the open where everyone can see it–negating many of the reasons for even having a password in the first place!

Often overworked, many IT departments lack the resources to deliver new solutions or fulfill end user requests in a timely manner. The problem is, they don’t give end users other options–meaning users must wait around for IT to deliver new applications. The result: Users either become frustrated, or just take matters into their own hands.

“I once worked for a company that offered no self-service tools,” says Steve Hansen, a web designer at mrc. “Everything went through IT. While IT was helpful and friendly, they were already busy and restricted with corporate policies and bureaucracy. If we wanted a report, we waited days. If we wanted new applications, we waited months. They did offer us a reporting tool once, but it was so complex that nobody used it. I soon realized the only way to accomplish anything was to go around IT.”

4. Do not provide proper feedback on requests

“Once users make a request for IT services there is not a transparent process to know where their request or project fits into their schedule,” says JJ DiGeronimo, a Technology Executive, Author, Entrepreneur & STEM Advocate. “So, they find themselves frequently asking for an update or expected delivery time which is often annoying to both the requester and the IT staff.” 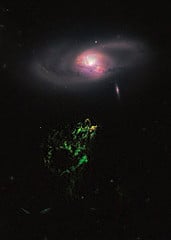 When users have no self-service options, they must go to the IT department for solutions. The problem is, many IT departments don’t provide status updates on user requests–leaving users wondering when they’ll have a solution, or if IT is even working on it at all. Paul Ingevaldson paints a clear picture of this problem in his book, “The 9 ½ Secrets of a Great IT Organization,” when he says, “Many users feel that the IT department is a black hole that things go into but never come out of.”

Do you think users want to go through an IT department that feels like a black hole? Of course not! If IT departments hope to properly align themselves with the business, they must create clear communication systems for user requests.

In the past, IT departments controlled technology because it was scarce, and difficult for end users to obtain and use. These days, that’s not the case. Consumer technology has surpassed business technology in many areas, and business-ready software solutions are easily available across the web. End users want the freedom to use their own devices, yet some IT departments still act like technology gatekeepers–trying to restrict end user’s hardware and software options.

“IT people think of operating technology as if it were a castle,” says Hartung. “They want control, and they want to know everyone who comes in and goes out. They think of technology like a fortress to be defended, so they don’t want anybody using any device they don’t control. Only users know this isn’t really security, because they have to work in the “real world” outside of the corporation. They need ease of use from their own devices, and the web sites, cloud services and vendor (or customer) connections that are essential to do their jobs. Having IT try to control their device seems to them like a parent controlling what you can order from a menu.”

Some IT departments have unknowingly created a “Culture of no,” in which end users feel like IT takes pleasure in denying requests. Now, I understand…user requests often aren’t feasible. They ask for solutions that either can’t or shouldn’t be delivered. However, this becomes a problem when users start viewing IT as a roadblock, or when IT develops a “my way or the highway” mentality.

“IT departments often comport themselves as if the company can’t live without them,” says Matthew H Podowitz, Senior Director at the Pine Hill Group. “This may be true from a practical standpoint, but the business probably doesn’t want to believe it even if they know it to be true. The business appreciates this fact even less when this behavior manifests when telling the business “no” in response to some request of the IT department. Many companies believe firmly that IT has no inherent value and is only a “necessary evil.” Instead, IT departments should comport themselves as just one cog (albeit an important one) in the mechanism that is the company – and that everyone (including IT) must work together to make the company successful.”

3 thoughts on “6 common IT practices that drive users crazy”