Summary: For many organizations, user adoption is a big problem. Developers spend months building applications that the users requested, only to see low adoption rates upon completion. How can your business can address this problem? How can developers deliver business applications that users actually use? In this article, we explore 9 tips for improving user adoption. 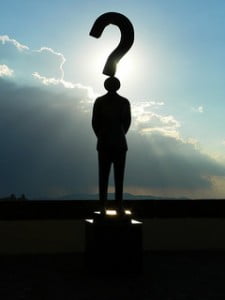 The process often goes something like this: The business users request a solution. The development team gathers requirements, and then spends month building the solution. They deliver an application that perfectly fits the specifications.

And then, the same users who begged for that application don’t use it once it’s built.

Why does this happen? Or, perhaps a better question: How can you fix it? How can you improve user adoption for your business applications?

Today, let’s answer those questions. Here are 9 tips for creating applications that users actually use. 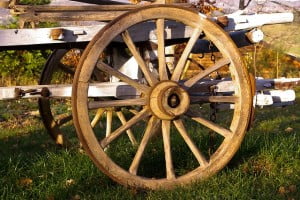 Sometimes it feels like “everyone” requested an application, but then only a few people use it once it’s complete. Why does this happen?

One possible answer: Maybe everyone wasn’t asking for it.

The first step in creating an application that people use, is understanding who is asking. Or, perhaps more importantly…who ISN’T asking for it.

In every organization, you’ll find “squeaky wheels.” These are users who make far more (and often louder) requests than the average user.

The problem is, a few “squeaky wheels” give the impression that the majority of users want a solution–when in reality you have a handful of users making all the noise.

“It’s unlikely a large number of potential users were consulted or surveyed about the prospective app,” says Nigel Ravenhill, a Marketing Consultant. “Rather, I imagine that it is a small number of vocal champions for the idea that pushes the project forward. The needs of the masses, whose adoption behaviors and lack thereof lead to low adoption rates upon completion, are often insufficiently considered.”

With some projects, the developer follows the specifications to the letter. They deliver a solution that perfectly fits the requirements. It’s a perfect fit.

Then, the users don’t use it.

What happened? Sometimes, it’s the simple problem of requirements that were created by a non-user. Maybe the department manager created the requirements on behalf of the users in his/her department. Maybe they weren’t designed by a primary user.

As explained below, if you want to create applications that users adopt, you must first identify, and speak to the primary users.

“The problem many developers run into when creating business applications is that every aspect of the design, from feature-set to user interface, is designed with the buyer in mind,” says Marko Kovac, CEO & Co-Founder, Repsly Inc. “In many cases, the buyer is neither the primary, nor the sole user of the product within their organization. When it comes time for the end-user to use the product, they are often left feeling as though they are completing an additional task on top of their regular workload. The application offers these users no additional immediate benefits, and so engagement remains low, eventually petering out.”

One of the primary stumbling blocks in development projects is communication. The goals, needs, and expectations of the project are not clearly defined before starting the development phase.

What happens? Sometimes the users expect developers to read their minds. Other times the developers (incorrectly) assume they understand the requirements.

The problem is, this “better” solution doesn’t always match up with the user’s expectations. If you want to build an application that users actually use, truly understand their needs–and then create the solution they request.

“Every developer has great ideas and concepts,” says Anthony Jullien, Director of IT at Dupray Inc. “Guess what? The majority of people don’t think like we do. We are extremely left-brain people. Remember that your ultimate goal is to make the user happy. If he or she isn’t, then they won’t be using your app.”

4. Observe the actual end users in their native environment

Now, maybe you identified the actual users. You received specifications directly from them. You understood their needs and goals.

Yet, they still don’t use the application. Why?

These conversations often get lost in translation. Sometimes the users don’t properly explain their needs, or they don’t know exactly what they want. Other times it feels like the users and developers are talking two different languages.

How can you avoid this miscommunication, and the wasted time associated with it? As explained below, first-hand observation is a great way to understand user needs.

“Observe the actual end users in their native environment (i.e. the place where they actually use, or will use, the application),” says Geri Winters, Author of “Why Agile is Failing at Large Companies: (and what you can do so it won’t fail at yours)“. “Do this before designing a solution. Importance: You will see things in the environment that no one will ever think to tell you but that will be extremely important to the adoption of the solution.” 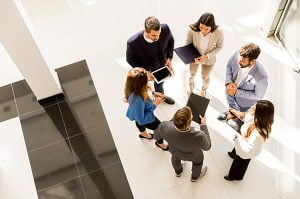 Let’s suppose that you identified the actual users, gathered requirements, and even observed them in their native environment. Then, you create and deliver the application…and still see poor adoption.

Here are a few issues that can cause this problem:

First, some requirements can still get lost in translation, resulting in an application that doesn’t meet the user’s expectations.

Second, after seeing the application, the users realize that their requested solution isn’t exactly what they need.

Third, sometimes their needs have changed from the time they requested the application until it was developed.

How can you avoid this issue? Take an iterative approach to development. Get the actual users involved from the start. Create a minimum viable product (MVP) and get user feedback early. Your goal is delivering a usable application quickly, getting feedback, and adjusting along the way.

“The user adoption problem is much easier solve than most people think when it comes to delivering business applications that people actually use,” says John Geletka, EVP of Digital Strategy at Duffy. “Business users spend more time with their applications in front of screen than any consumer and therefore they need special attention when it comes to the design and development. Getting a business user, not just the owner involved in the design through rapid prototyping and testing and beta programs always makes a difference. This extreme level of involvement can be uncomfortable to some, but it always creates a more well rounded application that people will use because they feel they’ve had a part in the creation.”

6. Copy from the best

Over the past decade or so, the importance of interface design has skyrocketed. With the rise of easily accessible, simple applications, user expectations have risen dramatically. They expect the same level of usability they get in their consumer applications.

The problem is, many developers don’t have the luxury of working with interface designers on their business applications. They’re in charge of the application, as well as the look and feel.

How can they develop an application interface that users enjoy? Here’s one tip: Don’t try to reinvent the wheel. As explained below, you have plenty of great options to mimic. Examine the most popular applications you can find, and take interface ideas that you can use in your application.

“It’s quite easy to take an app that’s popular – to understand why it’s popular, then leverage the experience,” says Lewis Daniels, Founder of Salvador Partners. “Even if one is selling ice cream and your app is boring accounting software – make sure your thumb buttons slide, getting to settings feels natural – the colours suite your audience. Too many people try to get overly creative – learn from the guys who have spent millions on researching why a button goes there. You don’t see a car with its steering wheel in the back seat. (yet anyway)” 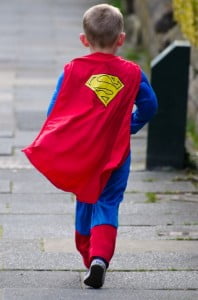 In my experience, companies who are most successful with user adoption share a common characteristic: They have a product champion. They have someone within the company who takes the reins and drives the solution forward.

“When talking about enterprise apps, it can get a little complex,” says Victor Sanchez, Product Manager at ForceManager. “You need to understand that applications often bring about large corporate change (digital transformation) within the businesses you’re trying to help. And change is not always welcomed with open arms. There are key players involved with implementation that need to be convinced of the app’s ability to positively transform their business. Make it clear that it aligns with their corporate culture and by implementing the application they’ll save “X” amount on “Y” and increase “Z” amount by “X”.”

In the previous points, we’ve explored ways to create applications that fit the user’s needs. But, even the most useful application in the world is unused if they don’t know how to use it.

To truly improve user adoption, don’t skimp on the onboarding process. Set up training that not only teaches users how to use the application, but also explains how it helps them solve problems that they face.

“It’s crucial that developers invest time and effort in the onboarding process of their application,” says Julian Rothkamp, CMO at fournova. “While you are familiar with your software, it’s unknown territory for a new user. A well-thought-out setup wizard as well as a helpful product documentation will considerably increase the adoption rate of your application. Users will be more likely to experience the value of your product and integrate it into their tool chain.”

Sometimes the users don’t take the time to provide adequate feedback on the application. They just use it, abandon it, and move on…all without telling the developer why.

As mentioned above, getting the users involved early is critically important. That input is necessary in the application development. But, also set up analytics to observe how users use the application. It will help you understand where they’re struggling, and what areas need work.

“Perhaps the most important thing is analyzing performance and defining what counts as success and what is failure,” says Gal Shvebish, VP of Product at Moburst. “If the product does not reach the goals set in terms of performance, user satisfaction or functionality, proper analytics should help you pin-point the issues before it gets too late and users lose faith in the product.”

These are just 9 tips for improving user adoption, but the list could certainly be much longer. If you would like to add anything to this list, I’d love to hear it. Feel free to share in the comments.